Audiobus is a new technology that has revolutionised the iOS music space. It allows audio Apps to send audio to each other in real time. So instead of one App having to do everything, you can combine a number of Apps, each with its own special features. This synergy totally changes the way you can work with music on your iOS devices. 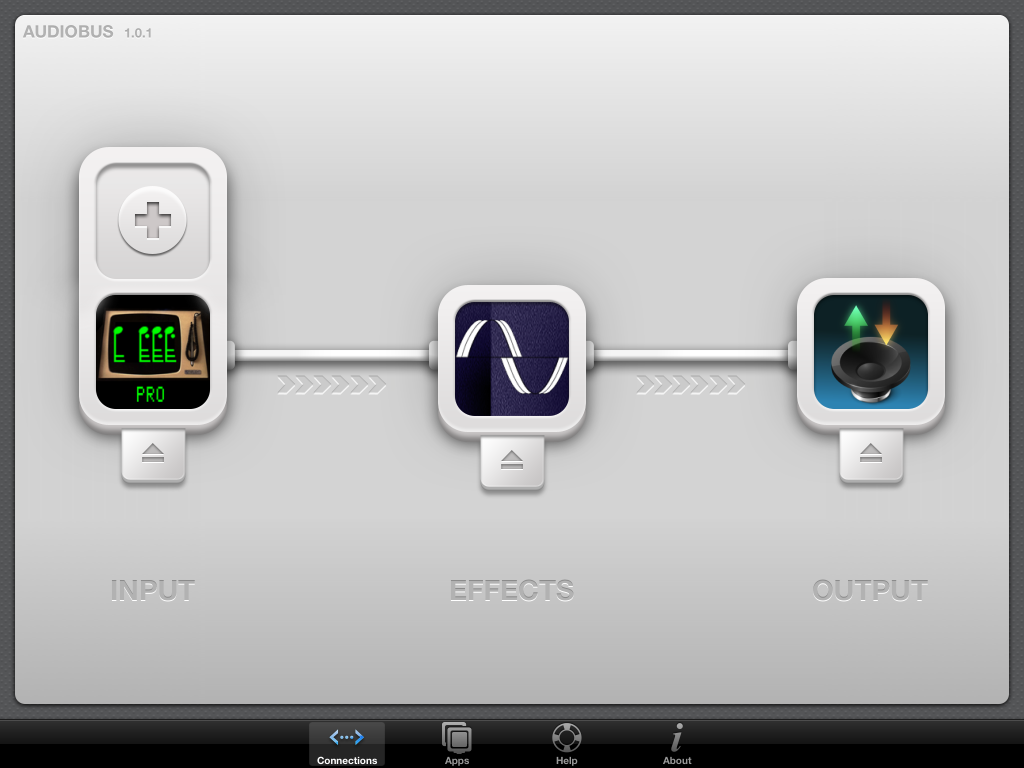 Now you can stream live audio directly to and from other Audiobus-compatible Apps! See http://audiob.us for great information, and to get the Audiobus App.

For a long time, many of our customers have been asking for a way to record their compositions digitally. We were never really happy with the available options for this, and it didn't seem sensible for us to build a digital recorder into our App. Audiobus solves this problem in a delightfully easy-to-use way. Use your favourite Audiobus-compatible recording App to record it!

The Audiobus App provides a virtual patchbay to connect audio Apps together digitally. You connect one or more Apps as inputs, possibly passing through an effects processing App, with the output going to an App you select. For example, here is the CMI App going through a parametric equaliser to a digital recorder.

When any App is connected to Audiobus, a little control panel appears at the edge of the screen. To the right are examples, collapsed and expanded from our App when it is connected to an effects App and a recording App. The other Apps also have their control panels to control the CMI App, as shown here:

These panels allow you to quickly switch between the connected Apps, but more importantly, you can control the other Apps even though they are running in the background. In this example, the CMI App has a song loaded via Page R, which is ready to play. Just tap the CMI’s play button in the panel, and the CMI song starts playing in the background, with the audio streaming into the recording App. So you could set up the recorder ready to record, tap the “back to start” CMI button in the panel, tap “Record” in the main part of the recording App’s screen, then tap the CMI play button in the panel. You might see something like this, with the CMI button changed to Pause. 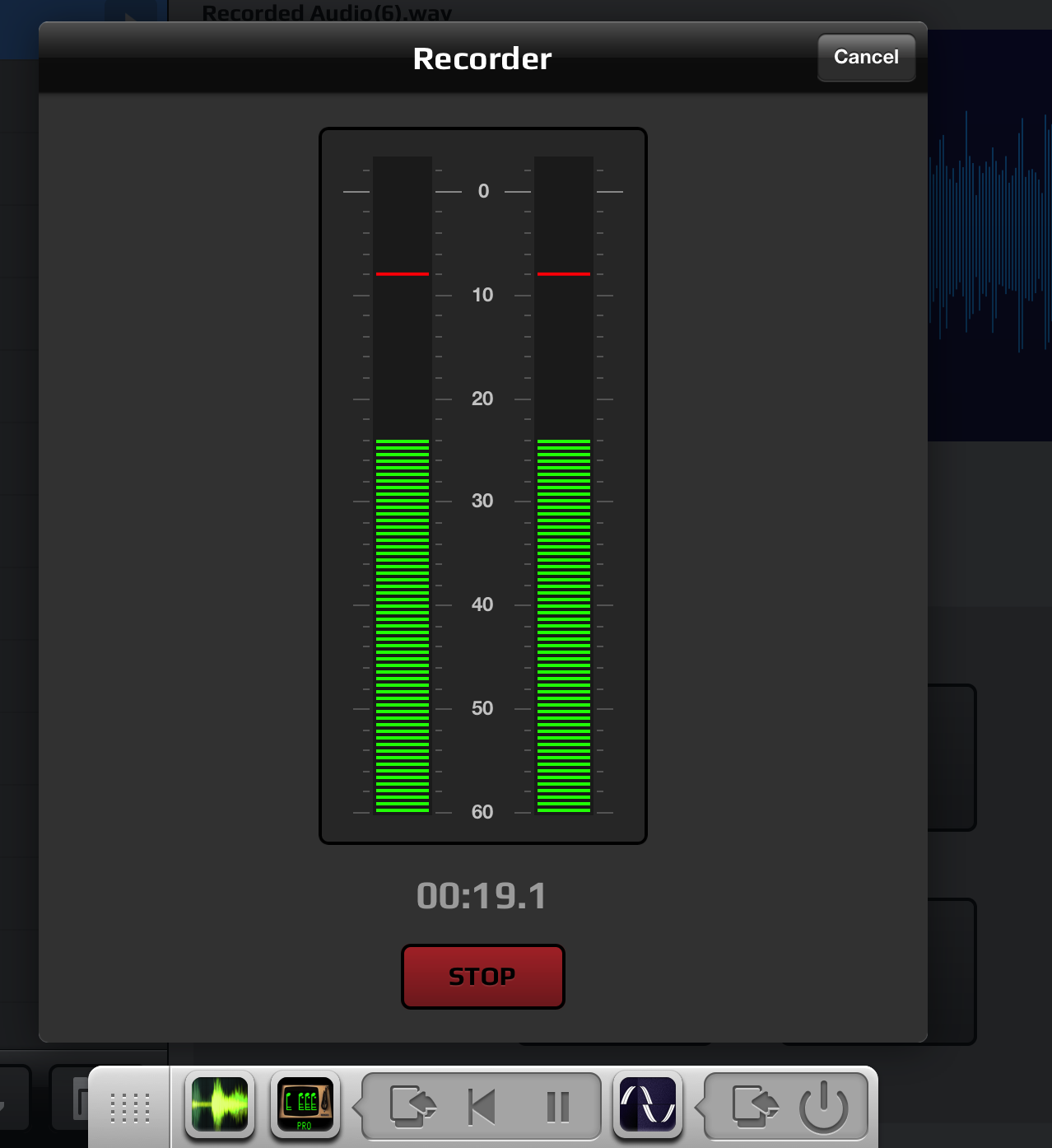 Our CMI App can also act as an Audiobus destination. In this mode, a record button allows you to sample the output of another App, to be used as a synth voice. Just swap back to the CMI App to set its native pitch and save it as a voice, or delete it.