Stevie Wonder checks out the 30A

It was a special moment in musical history when Stevie Wonder played the prototype of the CMI-30A.

Stevie, who was in Sydney for the launch of the new Star entertainment venue, played a CMI for the first time in decades and discussed future directions with me and the rest of Peter Vogel Instruments team. 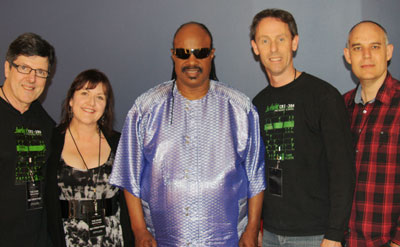 In 1979, Stevie was one of the first users of the Fairlight. I was thrilled to find he was still as interested as ever in exploring new technology. Of course, he was particularly keen that music technology be accessible to the blind. The original Fairlight was much more accessible than PC based instruments because it predated things like drop-down menus which rely on good eyesight. We’ve kept that original look and feel in the new model. 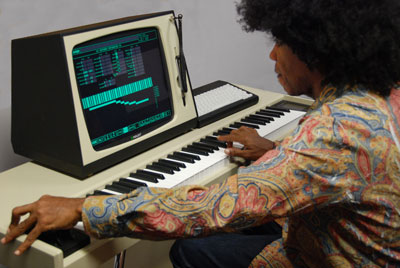 LaMar Mitchell enjoying a taste of the eighties

We will be working closely with Stevie Wonder’s personal engineer LaMar Mitchell to discover ways to make the CMI products totally accessible.

This entry was posted in Home Page. Bookmark the permalink.